In the past few weeks we've lost 2 notable souls to cancer. Both with history of colorectal cancer, in particular. Rest In Power, Ruth Bader Ginsburg and Chadwick Boseman. 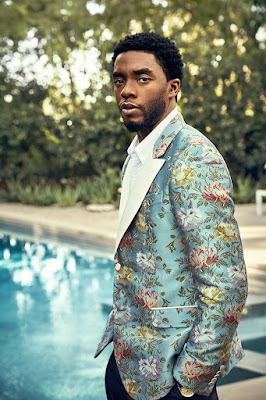 Chadwick's passing came as a complete shock to everyone. While he had been mocked in recent photos where he appeared emaciated, most of us believed he was preparing for a role. The reality was so tragic, yet has been a wakeup call for so many who have not directly or indirectly experienced colorectal cancer in a young, otherwise healthy and fit individual. Chadwick was already ill when he filmed The Black Panther. While this was startling to most, I recall my own symptoms emerging during the same year that I set numerous PRs and found myself on the podium of EVERY race in which I participated.
If any good might come from his demise, it would be increased awareness of young-onset colorectal cancer. We don't get nearly the attention or understanding that other forms of cancer experience. He passed-away at 43. I believe he was 39 at his stage III diagnosis. The "new" standard starting age for colonoscopies is not until 45 (it was 50 when I was diagnosed). He filmed 7 movies while ill.
"Notorious RBG"'s passing came as no surprise, as she has been repeatedly ill with numerous cancer recurrences in recent years, but the timing is terrifying and heartbreaking. The GOP is already working to ram through her replacement ASAP. There is so much I could say about that. 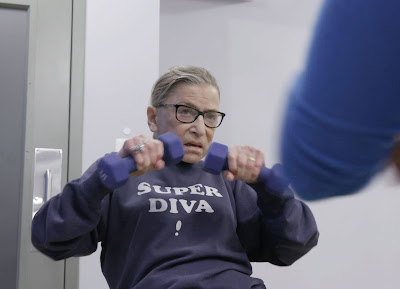 Primarily it breaks my heart that she had to work through her death in an effort to save women's rights and the ACA. She spent her entire career working to make lives better for others. But if Trump, McConnell, et al. have their way, her sacrifices will have been for nothing. These awful, old white men deserve brutal Karmic justice. Trump has threatened an executive order to prevent Biden from running for POTUS -- seriously, WHAT IN THE ACTUAL FUCK?!!
Days continue to drag. A widespread Covid-19 vaccine is still likely 6-9 months out...if not a year. The likelihood of a 2021 race season is iffy. I'd probably be drinking nightly, were it not the fact that even a couple of drinks gives me a crap night's sleep and a terrible hangover, now. I wish I liked pot.