My Turn at COLONTOWN's Spotlight Sunday

7 years ago I was wrapping-up my most decorated endurance race season at the age of 41. I stood on the podium -- age group or women’s overall -- at virtually every race I entered...sprint and olympic distance duathlons, gravel road races with my husband, Derek, on our tandem bike, and a 5k. The 5k was a personal record effort after a decade as a runner. So altered bowel habits with some bleeding didn’t arouse any suspicions, especially with the presence of hemorrhoids. I was far too fit and healthy to have anything seriously wrong with me. In the ensuing years I have read countless similar stories from my fellow <50 set.

Even a year-and-a-half later, when my dad was diagnosed with stage 4 colorectal cancer, I was able to convince myself that I was fine. Again, aside from bowel symptoms, I was the picture of health for a 42 year old woman. My dad passed-away 6 weeks after his diagnosis. He’d been a smoker and had suffered a stroke a decade or so prior. He wasn’t exceptionally active, didn’t eat a great diet, and had never had a colonoscopy. I assured myself that his diagnosis was entirely the result of carelessness with preventative care/screenings, poor diet, and his smoking history. And this is what SO many respected medical resources STILL would have us believe.

Nearly 3 years after my symptoms started I saw a PA at my OB-gyn’s office for a routine exam. I was having tenesmus, hot flashes, dull abdominal pain, and suspected perimenopause. I was nearly 44 and had had endometriosis, fibroids, cysts, and adenomyosis for all of my reproductive life, so this seemed a likely explanation, courtesy of Occam’s Razor. My abdominal pain felt EXACTLY like the uterine cramps I'd known for decades. She asked about my family health/cancer history and I casually mentioned that I’d lost my dad to colorectal cancer. She thought it wise to schedule me for a colonoscopy, based-upon that information.

5 days after my 44th birthday I underwent my first colonoscopy. I was still groggy when the doctor who performed the scope informed me that I had a 10cm tumor in my high rectum. She believed it was cancer, but pathology needed to confirm.

The ensuing year is largely a blur. I underwent 8 rounds of FOLFOX, a month of chemoradiation, a few months of recovery, and LAR. I’d been formally diagnosed as stage 3, but later a small lung spot that disappeared with chemo reappeared and brought with it a friend in the same lobe. The larger spot was just big enough to biopsy and it was confirmed as a met. It was suspected that the smaller spot was, as well.

My lung surgeon gave the option of removing the larger spot and waiting on the smaller one, but since they were both in the same lobe, the most logical option seemed to remove the lobe, rather than endure a likely 2nd surgery.

Of course...post-surgical pathology determined the smaller spot was some benign bit of crud. Just my luck! 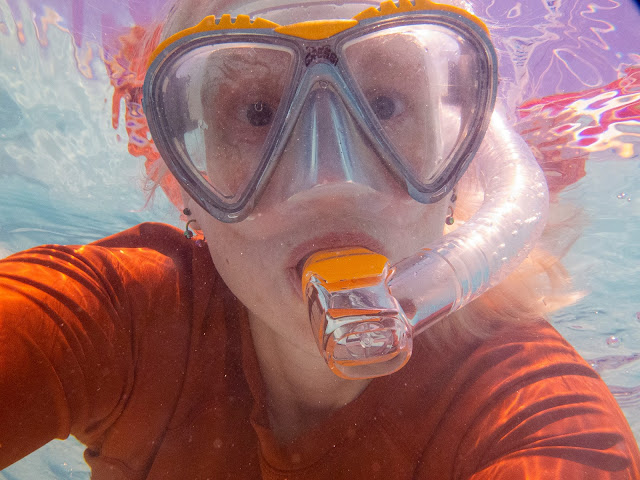 6ish weeks after my lobectomy we took a trip to Grand Cayman that had been planned before my diagnosis and postponed 2 years. It had originally been a 20th wedding anniversary trip, but ended up coinciding with our son's HS graduation. Snorkeling every day for a week is GREAT for post-surgical lung rehab, while at the same time relaxing and distracting. It was a much-needed respite for the 3 of us after over 2 years of awfulness for me, as a patient, and my 2 tireless caregivers.

4 months to the day after my lobectomy I participated in my first post-treatment sprint duathlon. A couple of weeks after that I met up with a bunch of running friends for the Niagara Falls Half Marathon. I was in reasonably good fitness, but definitely MUCH slower than my pre-cancer self. I’d been training for longer-distance events when I learned of the spots in my lung. Chemo had made me super short of breath (on top of asthma). I recovered my lung function as I recovered from chemo, only to lose it again. I’ve regained a lot as my remaining 4 lobes have expanded to fill some of the space lost, but I still feel chronically out-of-shape, even though I’m relatively active.

In the past year-and-a-half my biggest hurdle was less about cancer survivorship and more about Covid-related anxieties and isolation. My races were all canceled, so my incentive to not  sit around bingeing carbs was eliminated. I packed-on 30# in 2020. It turns out that decreased lung capacity really makes moving a borderline-obese body a major struggle. This year I’ve managed to chip-away at half of those pounds gained. I didn’t go through all of the cancer Hell only to give myself avoidable weight-related health problems and increase my risk of recurrence. I like to think that I still have half my life ahead of me.
This past July I finished my favorite Olympic distance duathlon for the first time since diagnosis and managed a 3rd place podium spot. Granted, only 5 of us toed-the-line. I was probably 20 minutes slower than the last time I raced this event...but the entire field was slower. I’ll likely never come closer to my fastest time at this event, but I definitely have room to improve and set new post-cancer personal records. I’ll still be happy just to be active and placing in my age group. As a nearly 50-something, that’s still a big damned deal. 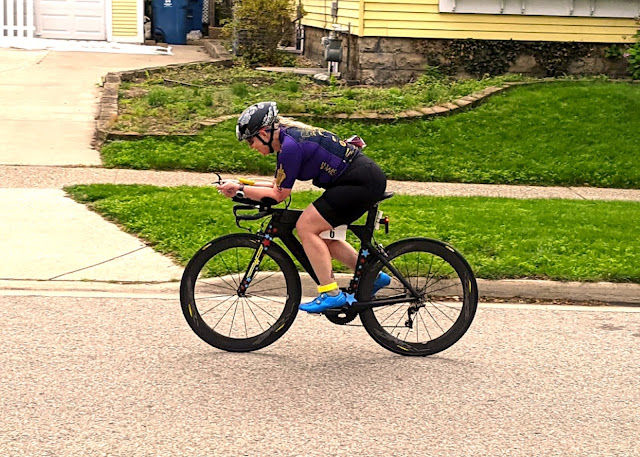 My diagnosis confirmed that colorectal cancer is a massive concern for my family. My younger siblings both underwent colonoscopies that identified multiple polyps, each by around age 40. Genetic testing offered no explanations, so rather than my cancer being deemed genetic, it’s termed “familial” -- at least until an obvious genetic explanation is identified. 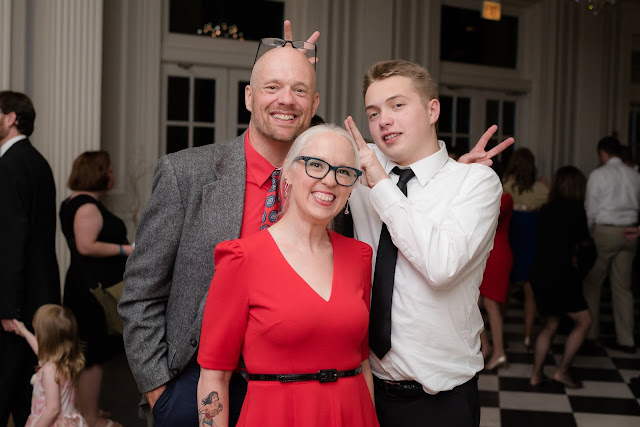 Recently I learned that colorectal cancer was the cause of death of one of my dad’s grandmas. The fact that this was never shared makes me so frustrated. Our disease is still stigmatized. My family has long been fans of poop jokes, like a bunch of pre-pubescent boys, but the truly critical poop-related family history was brushed under the rug since long before I was born. My 20 year old son must start his own colonoscopies in a decade. I’m going to push for him to start by 25 (since he’ll still be under our insurance).

2 years ago I also joined the Fxck Cancer Endurance Club race team. We fundraise to support critical preventative screenings and survivorship. We race to show what is still possible, even after losing multiple body parts and being poisoned and irradiated.
There are things I no longer feel comfortable doing. I avoid things with high fall risk, like cyclocross racing (the freaky love child of road criterium cycling, mountain-biking, and cross-country running...while carrying a bike over obstacles), as pelvic radiation + menopause have left me with relatively fragile bones. And I don't recover from workouts and races as quickly as I used to, so my overall mileage is abbreviated. LARS forever adds additional challenges to training and early race mornings, too. And I may never again ride my bike across the state of Michigan in a single day, but I'm still covering more miles on 2 wheels and a pair of running shoes than many of my peers who have not suffered any life-threatening setbacks. My motivation is more about quality of my fitness time and quantity of my years.
The long-term effects of cancer survival have definitely slowed me down (the premature menopause and aging certainly don't help), but a wise animated guy once said "We're Vikings...we have stubbornness issues." Hiccup Horrendous Haddock III's words have gotten me through a lot of literal and figurative crap in the past 4.5 years.